Henry Block: One of the Men Who Dug the Well 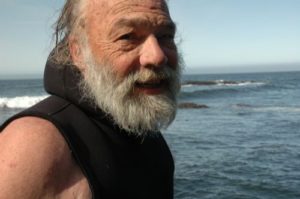 There was a man in the East Bay Nation of Men who exemplified who we strive to be: a man of standards, honor, integrity, courage, compassion, and love. Almost to a man, the members of EBNOM admired, respected, and listened to Henry Block. The history and Legacy of EBNOM are synonymous with how Henry showed up.

Block did the Sterling Men’s Weekend in ’83. He spent the next 25 years making a difference in a huge number of lives. By making a difference I mean inspiring life changes from him mentoring, guiding, and supporting. Henry was in service to the community. By service to the community I mean gift sharing, turkey drives, helping Thunder Road, 3-Day Breast Cancer Walks, bowl-a-thons, and showing us how to be graceful, courageous, appreciative, funny and in good spirits, even when dealing with aging and illness.

From ’83 to ’91 Henry belonged to the men’s circle that produced the Men’s Weekend. Then in ’91 he and many other Weekend graduates left the parent men’s community and formed the Nation of Men (NOM). Henry was a founding father of the East Bay branch of NOM. He continued serving men, teams, families, and communities using the network available via EBNOM and associated men’s circles. His last four years of dealing with cancer were a life-altering experience for him and his loved ones. Our awareness of the value and worth of his life was been brought into sharp focus from seeing how he handled such a daunting challenge.

Henry is an integral part of the legacy of EBNOM, a role model for how to live within the mystery of life and, in the most part, surrender to the Will that is bigger than ourselves. He truly lived the prayer to have the serenity to accept the things he could not change, and the courage to change the things he could.

Henry Block
Henry Block died at mid-day on April 2, 2008. Henry’s men’s team, the Bushwackers, had planned a party that evening in celebration of their 25th anniversary. That party turned into a four-hour wake for Henry.

The following was written the day after Henry passed.

It’s not possible to put into words the richness, depth, and love that was experienced last night in honoring Henry.

We had 70 men gather in sadness, joy, gratitude, pain, and awe, coming from Santa Cruz, Washington, New York, and the greater bay area. There were men not even initiated in EBNOM yet, to old farts who did The Sterling Men’s Weekend with The Man 25 yrs ago this month. The hall was alive with Bushwackers, old and new, as Henry’s team’s 25th anniversary was also a part of this celebration of life and death.

Henry was inducted into the International Hall of Legacy, which acknowledges him as a founding figure of leadership and service to the Sterling Institute, The Nation of Men, and Men’s Division International. We’re talking about a man who influenced the lives of thousands of men, not to mention the web of family and community members connected to these thousands.

No better place to be, just a few hours after Henry was freed from his body to begin his next “adventure.”

Ah-HO! to all our relations, living and dead.