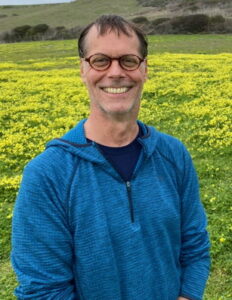 I joined EBCoM because I wanted to work on my aversion to anger and conflict. Both these issues kept coming up in my romantic relationships with the women I was dating. Anger and conflict were a part of their vocabulary but not mine. I had a strong hunch that being in a Circle of Men would give me ample opportunity to change my relationship to anger and conflict, reduce my discomfort with it. I am still working this rich vein today, more than 12 years later.

I joined a team, because I really wanted and needed to have a place I could bring my stuff, stuff that was not meant to be aired in a relationship with a woman. When I was married I had no such place, and had very few men in my life. I, at that time, brought everything to the relationship. That I did was a big factor for why my marriage ended. So much of what men need to talk about is meant for only the ears of other men. It has taken a while for me to learn this lesson.

I stay in the group because of my love for the men, for the camaraderie, for the leadership opportunities, for the chance to regularly step through the knot-hole of fear and into courage. Until I came to the Circle I knew very little about courage. There’s nothing like facing fear knowing that a Circle of Men have your back. I have done things I would have never had the courage to do had I not been in the Circle.

I am a better man because of the East Bay Circle of Men.

Joined EBCOM as a result of a desperate desire to connect with Men. Men who understand and acknowledge our experience in this society where I feel Men are damn near shamed for being Men. At the first meet with a few Men I was interested in the openness and love I received. I became committed after my Sterling Men’s Weekend which put me on the path of becoming an Initiated Man through EBCOM. I love my team the Nut’s. I have developed a strong connection with my brothers who support and most importantly work with me in non judgemental eyes. I also enjoy the toughness that comes with being held accountable as well as holding my brother accountable. We watch each other’s backs by sharing how we are showing up in the world that doesn’t benefit us. What keeps me invested in EBCOM is the consistent awareness of self and discovering deeper understanding of Manhood.

Ok. Here’s mine:
I’m all about the intimacy and trust that our team has developed through the past four years. Watching the personal changes we all have experienced as an outcome of that trust is a beautiful thing to witness.

I first joined Ebcom back when I was Ebnom, due to knowing Nick Epley from other channels. I didn’t know him well, but more than well enough to know he was a straight shooter.
I didn’t quite know why I liked hanging out with the men of Ebnom, it just felt right. I kept seeing a pattern where in other life events and groups I would have garnered recriminations and felt put on the spot, and yet in this group under those same circumstances, I did not. These men were simply not into making others wrong, be they male or female/known or unknown to each other. It was incredibly refreshing! And they had procedures for working out any kinks, should they form.
At the first Fall Event I attended, a team was formed called the Nuts and I was appointed to this team and didn’t mind at all. We kept getting together week after week and some solid friendships formed, not only with Nuts teammates but with other men in Ebnom. I watched the older men hanging out together and at times felt left out, but at other times felt highly included even though I was a relative stranger to their relationships with each other. No matter what, I always felt welcome.
I have stopped trying to decide what I’m going to get out of an upcoming Ebcom event in order to figure out whether I want to go. I now know the surprises will always be worth the gamble, every time.
Hope to see you there – 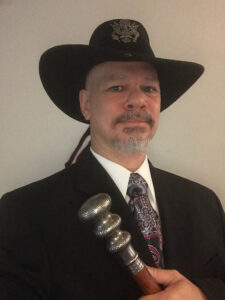 I joined the Circle because I knew something was wrong with how I was dealing with life, but had no idea what to do about it. Thru a series of fortunate events, I was introduced to people associated with the Circle. As was the case at that time, I took a circuitous path and delayed joining the Circle. When I did, I found what I was missing in my life. I committed to the Initiation, and was placed on a Team. Once we committed to each other, that team was dubbed The NUTs ( a moniker for The New Unnamed Team, which was actually meant to be a placeholder name until we chose our actual name ).
My life has continued to take circuitous routes, and I moved out of the area and left the Team. I joined other groups in my new area, but I did not get the kind of support I get from NUTs. Fortunately for me, the CoVid pandemic of 2020 created the opportunity for Zoom meetings, and I was allowed to rejoin NUTs.
Now back in the fold, I look forward to a time when I can be there in person.